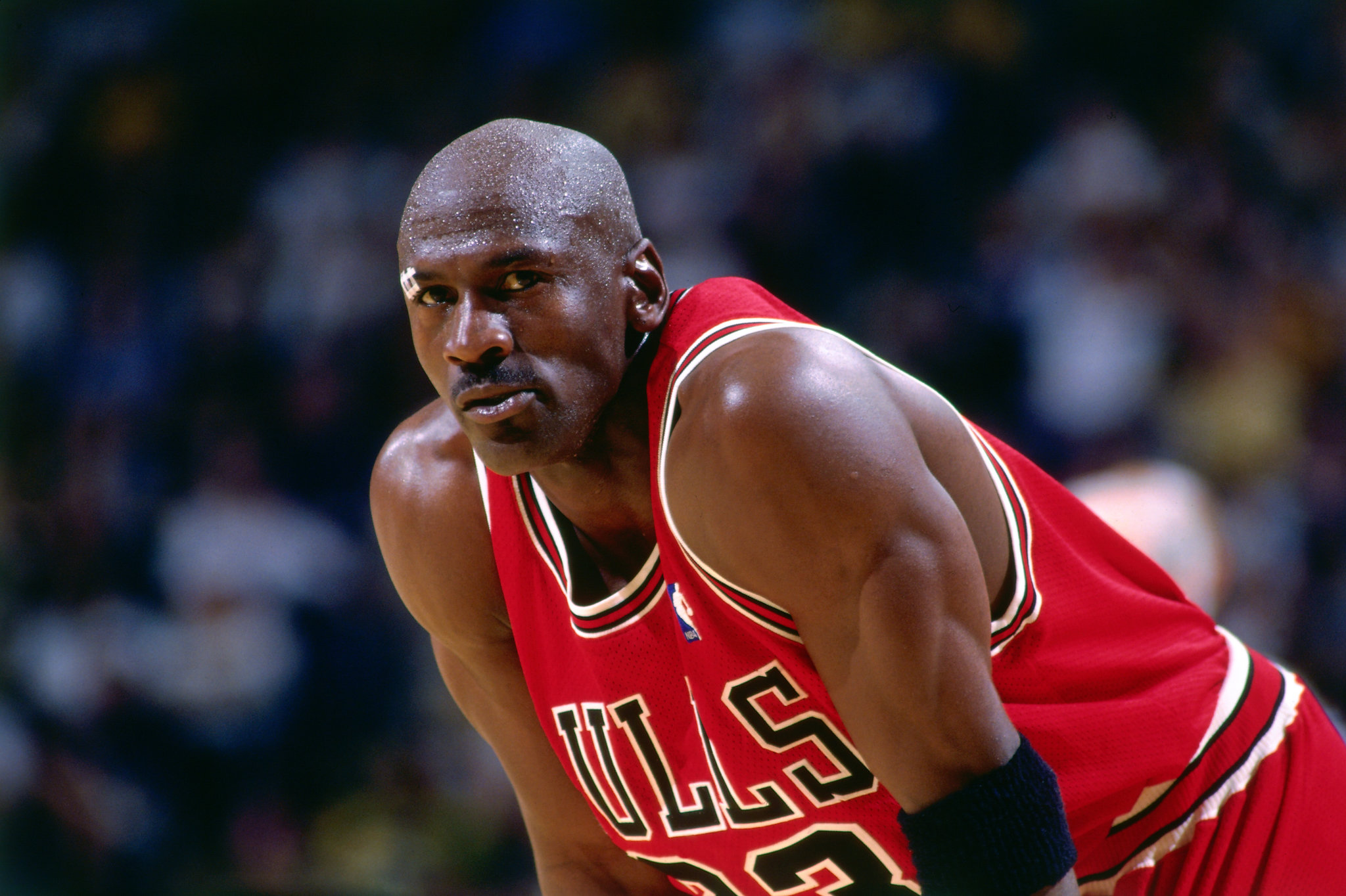 After the recent “The Last Dance” documentary – I think it is a perfect time to review the man called Jordan. Let me be clear, before I begin, Michael Jordan was the real deal, and he was an amazing player. But, by the way way fans and media talk about him, you’d think he won 90% of his games, scored 70ppg, and never missed a shot. Sadly, I must break the news to you though, he actually missed shots, made stupid turnovers and had some terrible games as well. I know, it’s hard to swallow with the Jordan obsession, still, after 17 years since his final game – and the GOAT title we have been force-fed to accept.
And in the world we live in today, if you disagree that he was the GOAT, then you are wrong!

When people look back at things in life, they tend to look at things differently as they age, and sometimes even exaggerate a bit.
Sometimes for good sometimes for bad.
During Jordan’s time as “the man” in the NBA – I didn’t like his “trigger happy game” for the majority of his career, or his annoying hanging tongue. I caught lots of teasing and busting from friends in high school who were all about the 50 point games and the exciting and flashy dunks.
I knew he was great, and I knew he was unstoppable scoring the ball, but I also knew there was stuff that was lacking in his game, even then.

Couple of things to consider when dissecting MJ – let’s take a look at the whole picture, not just the “unstoppable, otherworldly superhero” portrait the media fills you with. When Jordan first retired after 92-93, the following season, Chicago only lost 2 less games than they did when he was there. So the Bulls were basically the same team they were when he was there – they didn’t fall off the planet like the team should have done. When he joined Chicago in 84-85, they went from a 27 win team to a 38 win team, that’s an 11 game improvement, by comparison, Larry Bird improved Boston by 32 games in his first season joining, going from 29-53 to 61-21 and and getting to the Eastern Conference Finals.
Tim Duncan improved the Spurs by an incredible 36 games in his rookie season. That is one player turning a franchise around – that is immeasurable leadership ability.

Michael Jordan was not a natural playmaker, his scoring was sheer dominance, and as a scorer, he was unstoppable when he decided he wanted to hang 50. As we all know, with 8 seasons averaging 30 pts or more, and leading the league on 10 occasions, he was a scorer, bottom line, 9 times he led the league in shots attempted. He led the NBA in FGA for 60% of his career – he was not shy to put up volume.
Jordan was, in many instances, a ball-hog, with 12 seasons having put up 22+ shots /game in his career.

Jordan also had a great coach in Phil Jackson, Phil taught the triangle offense, and suddenly Jordan started winning. Without the “Zenmaster” – it’s possible that Jordan would have been putting up his 35 ppg, but still getting blown away in the 1st round. It wasn’t until Phil got him better with ball movement and taught him a different playing style, that he hit the next level. He actually needed coaching and guidance. Again, there’s nothing wrong with a coach teaching – that is their job – but again, the media makes it all appear as if Jordan just hovered to the court and the story unfolded.

Jordan never won any of his titles without Scottie Pippen, so yes, as great as Jordan was, he actually needed some help, he couldn’t do it alone. We all know individual accolades are there to measure the value of a player, and MJ has plenty of them – but it seems Jordan fans tend to shy away that Rodman and Pippen existed and were enormous reasons why Chicago won their titles. Rodman was a vicious rebounder, with a career 13rpg average and led the NBA in rebounding on 7 separate occasions, and a great defender – but couldn’t lead a team. Pippen was also a great defender, who averaged 1.6+ steals /game in 13 seasons, and was a great secondary scorer, with career 16 ppg and 47% shooting – but couldn’t lead a team. But the 3 together were fierce to handle.

And of course, we know in his prime, there was a lot of weak teams, with a lot of expansion. Michael was also knocked out in the 1st round on 3 different occasions, and his team was swept in 2 of those seasons. LeBron James was never swept in the 1st round, but haters will jump on the Finals record – not the fact of consistency. Jordan also didn’t take over the NBA until the Pistons got old, Bird’s Celtics started falling apart at the seams, and Magic’s “showtime” Lakers got slow. Prior to 90-91, when they won the title, in the playoffs, Jordan was 0-6 vs Bird and Boston, and 6-12 vs Detroit and Isaiah. It was perfect timing for MJ at the time – I don’t think he went up and just snatched it, father time beat those teams, not necessarily Jordan.

Jordan was a phenomenal player, let’s not under play that common sense fact, I think anyone with a sliver of intelligence would acknowledge that.
But he was greedy, and self obsessed.

Michael Jordan was the most dominant scorer I’ve ever witnessed in my lifetime, but he wasn’t close to being the shooter that Bird was and he couldn’t pass the ball close to Magic. He was unstoppable scoring the ball, he was clutch and cold hearted, and was fun and exciting to watch play. But let’s not just throw the monstrous accolades at him and say he was the greatest hands down to ever step on the court, and he dominated everyone he played and was “magical” from day 1.