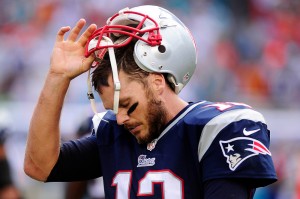 I hated that TV show “The Brady Bunch” for its sappiness and I hate what’s going on between Roger “Hard-On” Goodell and Tom Brady for its stupidity.

Suspending Brady four games for a minor infraction of tampering with footballs is insane. Goodell has way overstepped his authority on this on.

But I’m no fan of the Patriots and Bill Belichick either. The Patriots under Belichick have been serial cheaters for years.
<br>
There has been SpyGate and now Deflategate. Because of the Patriots, the league had to strengthen their ball-inflation procedures and make changes in the eligible-ineligible pass receivers because of below-the-belt tactics employed by the Patriots. No coach fudges injury reports more than Belichick.

These are just infractions found out about the Patriots. I’m sure Belichick and Co. have gotten away with more through the years. So they have absolutely no good will coming in my opinion.
<br>
Brady is not a sympathetic character either. But it’s the plain wrong call for Goodell to insist and not back down on his ordained four-game suspension of the quarterback.

A lot of time can be saved if this compromise is enacted: Brady’s suspension is cut to two games. That’s still harsh, but the Patriots have it coming for all their B.S. Repeat offenders should be treated more harshly. But at least this way both Brady and the league save some face.

More important this needless but monster distraction can be put aside and the joyous anticipation of football can be fully appreciated again.
<br>
Written by Stephen Nover of VegasTopDogs.com