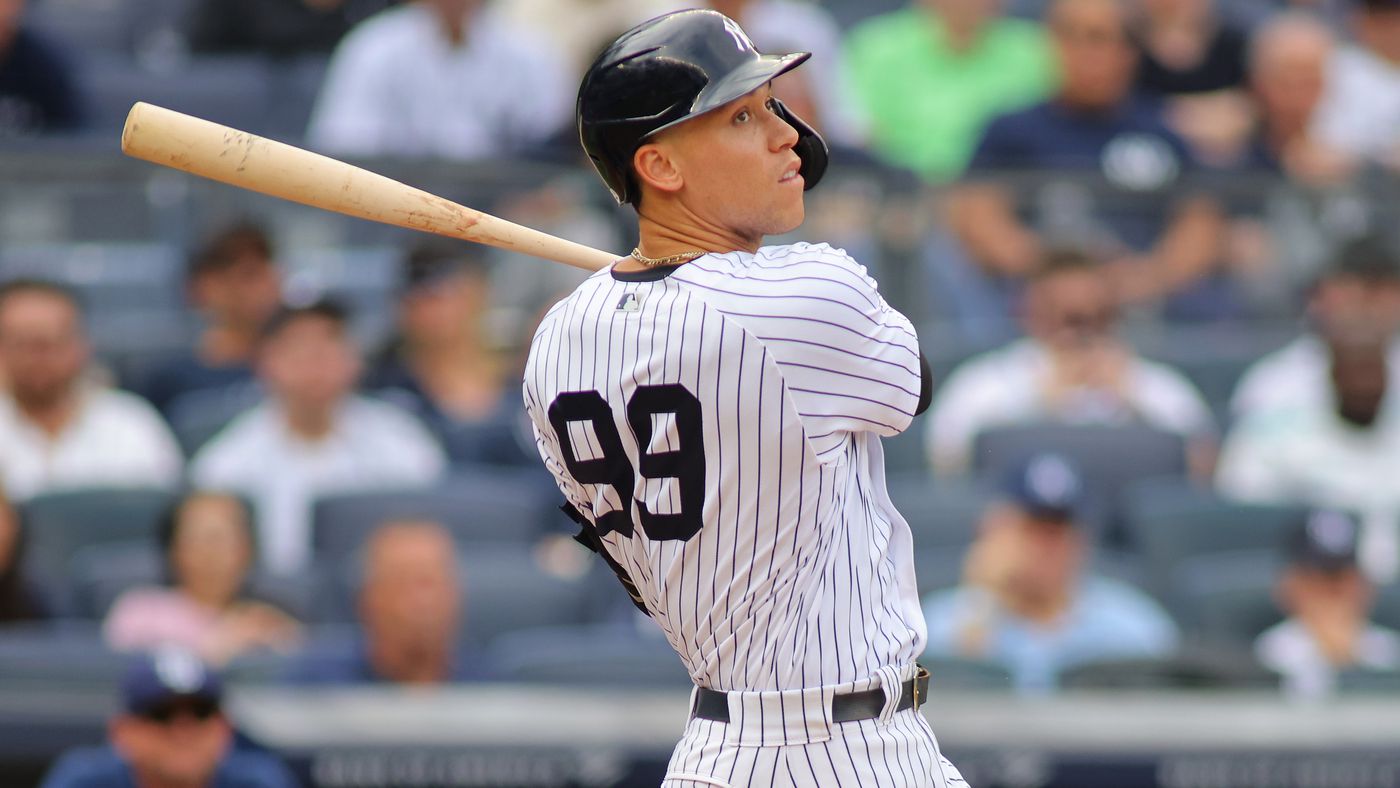 Well here we are 56 games into the season and we’re going to start speculating some crazy ideas with the 2022 MLB Season.
There are numerous players who are playing at an exceptionally high level – Mike Trout, Jose Ramirez and Nolan Arenado have all been dynamite this year, so far. But I think there’s a player that is ahead of the others, and that guy is Aaron Judge. A lot of people, including myself, feel that he deserved the MVP back in 2017 when Jose Altuve won it, I feel his numbers were better than Altuve’s – but he didn’t win it.

When healthy, Judge is an absolute beast. The biggest problem with him is that since his amazing year in 2017 – he just hasn’t been able to stay healthy, so that is always an underlying concern with the 6-7 batter. He has what I would call “easy power” he doesn’t seem to have to over swing to crank one out of the park.  He looks very fluid and very comfortable when swinging the lumber, as he has shown that this year with 14 HRs including 11 games with a HR so far. To go along with his Hulk-like power, currently, he’s putting up huge stats and hitting the ball at a .307 clip and also has 30 RBI, which both of those numbers are ahead of studs like Mike Trout & Ty France.

Now I don’t think that this season’s success is linked to the whole contract situation. Anybody who follows “The Judge” and the contract negotiations knows that there has been a contract difference going on between the Yankees and the 7 year vet. I feel that he is playing for a huge contract. Now regardless of where you stand on the money numbers, at this point, he certainly is showing that it is worth the amount that he’s asking for. He’s not a kid, he’s not a 25 yr old slugger, we’re talking about a 30 year old vet, who has struggled to stay healthy.  But with the numbers he’s putting up this year, it’s hard to argue that he’s not worth more in the ridiculous world of overpaid athletes. The numbers that are being thrown around are crazy, but it does seem that they’re really only a couple years and a “couple million dollars” per year apart. I do think that before the season’s over they’ll have him signed, I do think that he can be a legendary player, as long as he can try to get his injury concerns under control.  After missing 60 games in 2019 and 134 games in 2020, it is hard to think that he will stay healthy to play 140 or more games this year. In his career he’s only played an average of 87 games a season, that doesn’t necessarily help him in regards to trust in his ability to stay on the field.

It seems like every year he goes through a hot streak for a month or so and just wrecks the competition. In 2021 in May – he hit .323 with 6 home runs, in 2020 he tore up the month of August for .317 and 6 dingers. So we’ll see if he continues his tear or if he ends up evening out again by midseason. Aaron Judge is one of those players that when you see him at the plate and you see what he’s doing, you’re glad that he plays on your team. And when you’re playing against him, you’re just hoping to get out of the game without him beating you.  Obviously as we’re just about 25% through the season, it’s too hard to tell who’s going to end up as the MVP, but at this point, I certainly think that he’s the top dog as he is on pace for 65 HR’s this year for the NY Yankees.