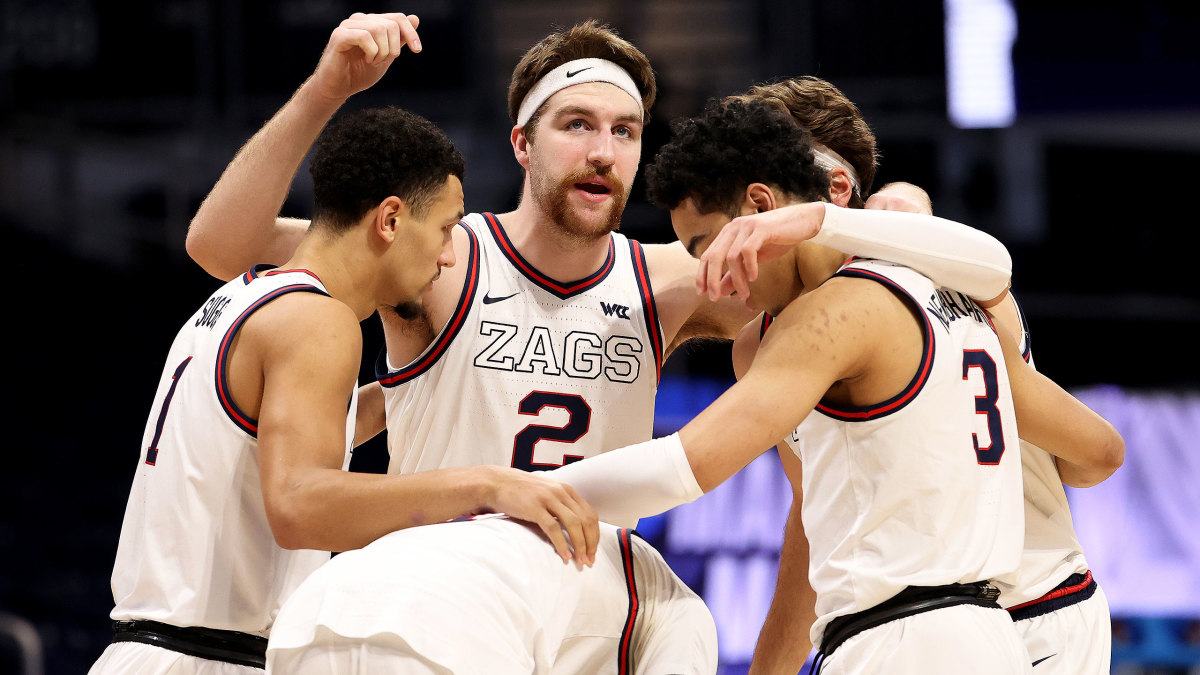 March Madness 2022 is just around the corner. Are you ready?

It won’t be long before the 2022 March Madness bracket is full. Selection Sunday will take place on March 13 and the NCAA tournament will get underway two days later with the First Four in Dayton, Ohio.

After a season where the tournament was held all in one location – Indianapolis – due to the coronavirus, fans will be treated to a real March Madness. The first two rounds, the Sweet Sixteen, and Elite Eight will all take place in regional locations. The Final Four is set for April 2 and 4 in New Orleans.

Gonzaga (19-2) still remains the favorite to win this year’s March Madness. The Bulldogs were favored at the beginning of the season, but they stumbled early losing to Duke and Alabama. Since the loss to the Crimson Tide on Dec. 4, Gonzaga (+500) hasn’t lost.

The Bulldogs closest game since then is 14-point win over a ranked Texas Tech team. Gonzaga should run the table in the West Coast Conference and the conference tournament and earn a No. 1 seed.

HANDICAPPING TIPS AND STRATEGIES FOR BETTING ON BASKETBALL

Purdue is currently ranked No. 3 with a 20-3 overall record. The Boilermakers are a half-game out of first-place in the Big Ten behind Wisconsin (+5000) and Illinois (+2000).

Did you see our last article? We talked about reading betting line movements.

It’s not likely that an NCAA champion repeats, but Baylor (+1400) may have a shot. The Bears occupied the top spot in the rankings at one point this season. Scott Drew’s team is 19-4 and is a half-game behind Kansas, also listed at +1400, in the Big 12 standings.

The Bears and Jayhawks will play at the end of February and could meet again in the conference tournament. The Bears are one of the top defensive teams in the country again and are outsourcing teams by an average of 15 points per game.

The last team to repeat as NCAA tournament champs was Florida in 2006 and 2007. Prior to that it was Duke in the 1990s. Basketball bettors would be wise to know the recent history of the tournament.

There are a number of teams that could surprise anyone and everyone. Three of them hail from the state of Texas – Houston, Texas, and Texas Tech.

All three schools have something in common. They are all ranked among the top 15 teams in the nation in scoring defense.

How did you do betting on Super Bowl LVI? Check out our thought on the game.

A number of teams that typically make the tournament may not this year. Michigan, Florida, and San Diego State are likely out unless they win their conference tournament.

North Carolina, with new head coach Hubert Davis, is 17-7 and is most likely in this year. A Cinderella a couple years back, Loyola-Chicago is making the tournament an every-year thing. Rick Pitino could be back in the tourney again. Iona is favored to win the MAAC tournament as they did a year ago.

Are you looking to start your own online sportsbook? It is easier than you think. You can literally be taking wagers without hours of starting the process.