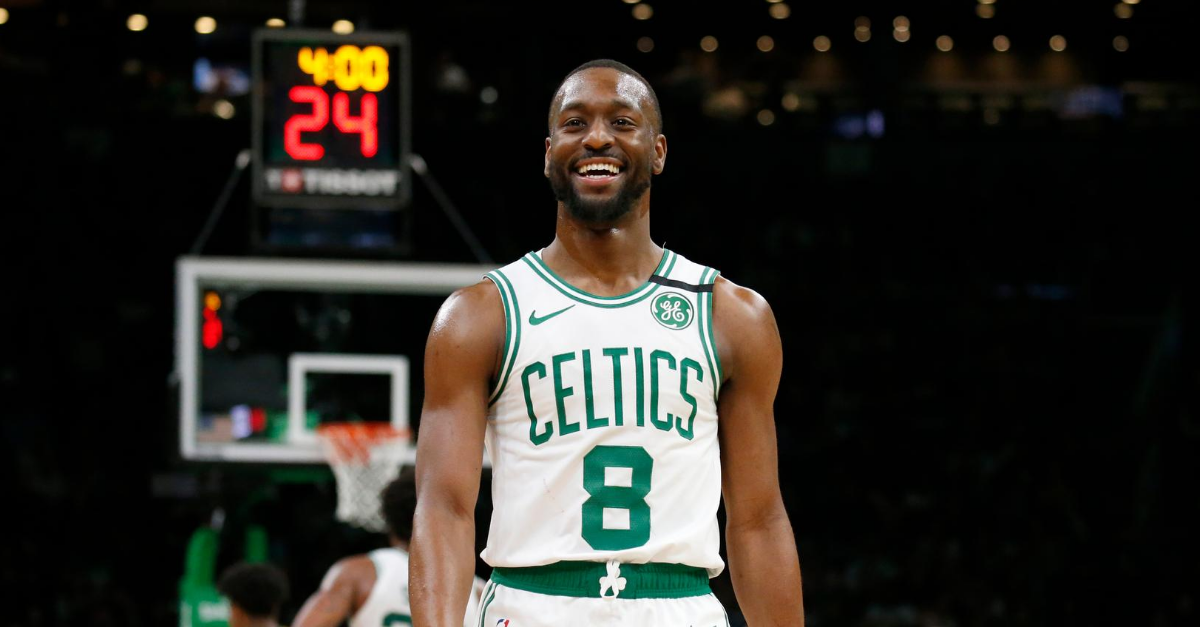 Kemba Walker joined up with the ever-improving Jayson Tatum, the aggressive Jaylen Brown, and sharp shooter, Gordon Hayward in Boston, Beantown is looking like a pretty nice team after last season. The Celtics don’t need a roster full of drama – the C’s have a group of disciplined and team first guys that have good basketball IQ and trust in each other. Walker is a far more efficient player on the court – and a better defender too – quite a few steps ahead of Kyrie Irving. Some think Irving is a better offensive player, but the scoring ability gap there is much smaller than on the defensive end, where Walker is far better than Kyrie. That’s why Walker is the better overall player and fit in the Celtics system. He puts up similar numbers as Kyrie in the NBA, but plays with far more heart, way less drama and a better defensive game. Not to mention Kemba didn’t have a supporting cast, with no one able to generate points other than him, on the team last year. Going to Boston – he gains guys that can shoot the rock.

The Boston Celtics got a great player – who is a true leader and is not all about himself. As he had shown with 8 years in Charlotte – when they never saw more than 48 Ws from 2011 to 2018, and just 2 seasons of 40 or more wins in a season in that timeframe. Walker did what he could, dropping 20/game and also adding 6 apg, while grabbing 4 boards. The C’s making the move for him was a great pick up. Kyrie was never going to handle being “the guy” in Boston – the Celtics now have a “team first PG” instead of a “me first PG” in Kyrie Irving.

Kemba was doing what Kyrie was doing – all with less around him in Charlotte – scoring, dishing, and making plays – with no great teamwork and some lackluster players, not the top coaching and the guys that Kyrie had. Kemba can also play off the ball, which Kyrie has not been great with – Kyrie was good, but was a huge problem for the team chemistry. Kyrie needs to be ball dominant, dribbling for 80% of the shot clock – oftentimes stalling everything and everyone around him on the court. He had no leadership, and was a constant cry baby – Kemba is an instant upgrade and could be what this team needs to succeed and make the next step. Kyrie wasted the Celtics time – I lost respect for him – after watching him choke and complain for Boston for 2 wasted years.

Walker is a quality guy for the Boston locker room and on top of that, an actual point guard, he will give them a more dynamic PG than Irving, as Kyrie had never been a leader – he was the second fiddle to LeBron, and it showed, when the Celtics played better without him. Kyrie is very talented and can get a ton of buckets,  but if we are being honest – he is not a franchise gamechanger. Walker is also as clutch as they get, he has no hesitations with stepping up in the last 7-10 seconds of a close game, he has shown that many times over the years. Kemba is a guy who took a pay cut so that the Hornets could build a team around him, they got him Treveon Graham and Cody Zeller. I respect Walker – as he stuck with a very bad team through some trying times and downright awful teams for the majority of his career. Kemba now has better teammates around him – which is going to make him better, and Boston better. And I am happy for him – as he deserves it.

The Eastern Conference should be a ton of fun this year, with a rejuvenated Boston, a gritty Indiana team, Philly with some new faces, and their high potent offense – of course, Milwaukee who added a ton of talent, all should be contenders in the East. Kemba will bring a quicker pace, moving the ball with purpose – instead of the 18 sec dribble. The move should also make Boston better for this year in the playoffs. Starting 5 of Gordon Hayward, Jason Tatum, Jaylen Brown, Enes Kanter, and Kemba Walker.

Not too shabby, if you ask me.