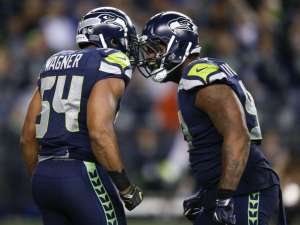 Seattle added Jadeveon Clowney along with 6-5 Ziggy Ansah to their pass rush this season – adding them along with Jarran Reed. And, the best part for the Hawks, it really didn’t cost Seattle much to upgrade the position. On paper, they look like that front is going to be hard to beat. Clowney playing in 4-3 defense as a DE – instead of a linebacker, which definitely favors him.
Jadeveon Clowney was touted as what was going to be the next biggest thing to hit the field since astro-turf – which realistically – was a bit much for anyone. The media built him up to a mythical level – and in response to that, we were left wanting – but he has not been a bust. When coming out of South Carolina he had a reputation for being lazy at times, and taking off on plays, but overall, he was built up too much, and had many expecting the second coming of LT – which was truly unfair.
With the additions of Ziggy and Clowney to add to an already tough front – the front 7 for Seattle is looking to be scary. They haven’t hit their stride yet – but I do think it is coming. I am unsure about the secondary, CBs Shaquill Griffin and Tre Flowers are both young and still learning the pro game, as the Hawks gave up 240/game in the air, and were in the bottom of the NFL with 12 picks as a team last season – and giving up 250/game this year. But, if all stay on the field they will create lot of pressure on QB’s, as QBs obviously don’t want to be running around for their lives in the pocket, and Clowney and his aggressiveness should flush them out, which will help the secondary out, giving them a bit more time.
Clowney, over the last 2 seasons, he tossed out 9.5 and 9 – from a guy who isn’t a “sackmaster.” I also think the Texans didn’t use him to the best of his ability, by playing him at OLB. Clowney is very hard to deal with in the run game, he is one of the NFL’s premier run stoppers – as his best asset is in stopping the run the game. Many need to remember, a DE isn’t just labeled off sacks, and QB hits – bottom line is, he’s a force to deal with each and every game, with 53 TFLs over the last 44 games. If you judge Jadeveon Clowney purely based on sacks, just take a moment to truly understand his game, he causes pure chaos, also with 36 stuffs during the last 3 seasons.
Seattle were ranked 11th in oppg in 2018 – with 21.7ppg – but I don’t think teams shook in their cleats when they took the field on D anymore. Will teams be scared of the Seahawks again? They haven’t had a terrorizing defense in 2-3 years. The last time their D brought terror was probably back in 2016 when they were 3rd in oppg – but, Seattle will quietly become that scary team again. And I believe they have one of the better LB groups in the NFL as well – the Seahawks could end up having one of the best front 7 in football with Clowney, Ansah, Reed and youngster, Poona Ford – and a great veteran linebacking core in Bobby Wagner, Mychal Kendricks, and KJ Wright – that is no joke.
Clowney will be perfect in Seattle’s scheme, and, truth is, they traded peanuts for this guy and 10StarPicks has your answers. He is one of the best run stopping DEs in the game and is always putting a hit on someone, and is still a very good pass rusher with 9.5 and 9 sacks in each of the last 2 seasons. Seattle has gotten far and away better with Jadeveon Clowney, and the Hawks now have another player to abuse RBs and strike fear into opposing QBs, which is always a great thing to have.