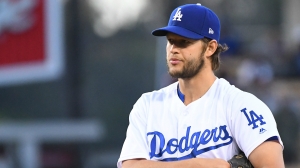 The trick with baseball is finding value on the best teams and following those teams all season long.

This power ranking will be based on offense, defense, pitching and coaching.

View our hottest handicappers here as its updated daily.

The Dodgers are a great team to bet from here on out.  Just stay away from the RL.

If the Ray’s would have had their act together early, the Yankees would be in trouble. Bet this team on the RL, it’s the best bet in baseball as when they win they tend to score a lot of runs.  The next man up is paying off in NY.

The Astros have come a long way through a grind it out, the last couple of months. This team has heart and grit. Bet them.

The Indians are tied for first place in the AL Central. This team is tough-minded, and they play to win nightly.

The Twins are 5-5 the last ten games, the Indians are 8-2 and theirs your difference. This race heats up as the battle for the division becomes a war.

The Braves are right where they need to be and maintain a 6.5 game lead over the Nationals. This is a good team, but not enough. Definitely bet the ML.

The Rays are a day late and a dollar short unless the Yankees collapse. They remain a solid bet at 69-50.

The A’s maintain but that’s just about it, they are in a dogfight for the WC, so take them seriously.

The Cubs are worth betting when you pick your spots and when they are at home, but, pick them carefully and stay away from the RL.

They had a great run before the All-Star break and lead the Wild Card by a game.  Look out for this team when Scherzer and Zimmerman come back.