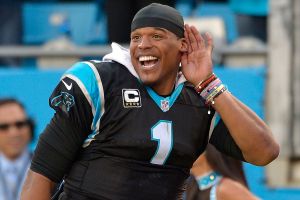 In a game where passing has become the priority in drafting a star QB is essential for a team’s success. Recently there have been a handful of QBs drafted as the top enchilada, the number one spot in the draft. No one ever wants to make the mistake of burning their precious draft pick on a guy who bombs and ends up being their JaMarcus Russell for the organization.
Teams that draft a QB as their top pick want to make sure they get a guy that is willing to learn from their mistakes, which all QBs make, and keep their chin up and get the team behind them, regardless. A guy that under the scrutiny, can still gather his guys in the huddle and tell them he is going to make things ok. Those are the guys that you want leading your team. A QB who, in the 4th quarter, with the game on the line, is going to be ok when the pressure is on, taking the reins and lead the team to a W, carrying the team on their shoulders.

So with those things taken in account, we will look at the last 5 QBs that have been picked as the #1 pick in the draft class. We will look at who has panned out as the winners, the answers of the teams they were risked on, and who has been the best of the best for those vitally important spots from their respective draft classes.

5. 2010 – Sam Bradford (drafted by St Louis) from Oklahoma.
Bradford was the AP Offensive Rookie of the Year, and has had an interesting (and wealthy) career to say the least. But over many untimely and unfortunate injuries and skeptical eyes, he has not lived up to the huge billing he had coming out of Oklahoma. As a career passer of 60%, he completes passes, just never leading a team at the rate you expect from your #1 pick. Bradford has not been a guy who has been a monumental difference maker on the field, and – at this point – he is also the only QB here who has been released from his drafting team. He has all the talent to be one of the greats – but his team shuffling and injuries keep him at the end of the top 5.

4. 2015 – Jameis Winston (drafted by Tampa Bay) from Florida State.
Winston came in by far, with the most immature reputation of any of these guys. And has shown the same stupid characteristics that had been expected by many. With a big 2015 campaign, he threw for 4,042 YDs in his 1st full season, and 22 TDs, he showed he has the ability to get it done. Especially in regards to the amount of passing he was asked to do behind a lackluster O-line, he did very well. Then in 2016 he threw for 28 TDs with 4090 YDs as a follow up. He has the talent to make things happen with his arm and his active feet, and keeps doing so in Florida. He just really needs to grow up and tone down his recklessness and keep his high turnover ratio down and he could still be a great QB someday.

3. 2011 – Cam Newton (drafted by Carolina) from Auburn.
Cam was also privileged with being named the AP Offensive Rookie of the Year, and had a tremendous rookie year, that many will remember for his obscene 14 rushing TDs. He has really turned the tides in regards to what one would expect from a guy that came in with his construction and athleticism, as his most extraordinary features. He could easily be viewed as a TE with the capability to pass pretty well. His completion rate is still his biggest blemish that needs to be improved upon as it sits at a miserable 58% in his 7 year career. Newton has shown great advances and his athleticism and size made this QB the one with the most potential, if he could just trim down the forced plays and pick up the completion rate. But, one also has to wonder maybe it is time to accept Newton mave have hit his potential.
2. 2012 – Andrew Luck (drafted by Indianapolis) from Stanford.
Andrew came in as the most ready for the NFL when coming out of college, but he was also competing with another guy who came in with a pretty big splash around him in Robert Griffin III. RGIII had a phenomenal rookie season, which made Luck’s 23 TDs, and 7 game winning drives, look almost “less than” by comparison. But since his rookie year, he has far surpassed his adversary, RGIII in the future great QB category. Some completion issues have slowed him down as far as some of his stats may show. And with 132 TD passes, he puts the ball in the end zone. With 30 TDs or more in 2 of the last 3 seasons he has played 15+ games, he has been a TD producer. If not for a short 7 game season in 2015, when he threw 15 TDs in those 7 games -as he was likely on his way to another 30+ TD season. Luck is built for making big plays. Andrew is looking like health may become a problem for him – for his own career and fans of Indy, I hope not, his leadership and old school skills are nice to have in the NFL.
1. 2009 – Matthew Stafford (drafted by Detroit) from Georgia.
Stafford has put up some very substantial numbers, with almost 35,000 yards in the air already, and eclipsed the milestone 200 TDs. He has been very good – even though still not exceptionally dependable as a TD producer. Stafford has been kind of rough in his career, having had four 29+ TD passing seasons, but has correspondingly had some worries that could make someone think he was a 5th round guy that bumbled his way into the starting lineup with 3 seasons of 17 or more interceptions. But, if we look at the body of work, Stafford is always a top QB in yards, TDs, and has gotten much better in passing completion as well. Which if watching any of these guys play on Sunday, Stafford comes out easily as the guy teams don’t want having the ball with 2 minutes left. His huge arm, quick release, and trust in his teammates have kicked teams in the mouth more than enough times. Since 2014, he has led the NFL in game winning drives 3 times.
These are the guys that teammates play hard for. The guys that are respected for their guidance on the field, and have shown that the game hasn’t ever gotten too big for them at this level. That is why they were drafted #1 in their drafts.