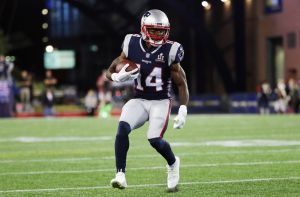 This past NFL offseason had been exciting as always, for football fans and sports fans across the nation. We had seen players like 2 time 1000 YD receiver, Pierre Garcon – upstart WR Terrelle Pryor and legendary 12,000 YD, Brandon Marshall all get snagged and added to rosters. Some are some big, well-known names, that fans distinguish, and some are the guys who countless football followers see as being budding diamonds in the rough. The guys that have just been waiting tolerantly for their time to shine with the correct team and the right QB and the right circumstances, of course.

There were few that were the biggest potential landing spots for some of these players. Some players bring renowned experience that will bring sure hands and leadership to their new teams. And others bring complete athletic talent and potential double digit TDs and 1300+ YD seasons.

Out of the top 3 WR signings by teams, these are the maximum ones, the ones who have nailed their grab flawlessly. And who are going to bring the most to their team.

Jackson has been playing in the NFL for an explosive 10 years. He brings quick feet and smarts along with the aptitude to go up and make tough catches. He had 56 receptions last season with the Redskins – and now landing on a team with a huge passing yard QB, like Jameis Winston throwing the ball to him, is going to be a real pleasure for him. I fully expect a season of big play TDs and with the added monster threat of Mike Evans running routes opposite side of him; he is going to be a super difficult matchup for opponents to deal with.

Alshon Jeffery:
Jeffery beings a much needed weapon to the shifting Eagles. He is a model of efficiency, although only 53 receptions a season for the last 2 injury riddled years. He had 1133 yards receiving just 3 seasons ago, in 2014 – which also brought him 10 TDs. Now, landing in Philly he is going to be the key target for their young QB. He is a very good route runner who will take the load off of 24 year old Carson Wentz and will end up as the WR1 in Philly by the end of the 1st quarter of the 2017 season. With less than stellar receiving YDs in 2017 thus far, his rapport with Wentz has shown to be still developing so far.

Brandin Cooks:
Matched up in a tough conference with the ball hawking DBs from the AFC is never easy for any WR. But having Tom Brady as your new QB, is an absolute blessing. The Pats went from having Chris Hogan and RB, James White being key targets to a legit big play WR. Even through a rough time frame of finding himself being just another WR on a loaded team in New Orleans – the diminutive Cooks still managed to get his teams big yards/ catch with his blazing speed, which helped him tally up 20 TDs since 2014 and an average of 953 YDs receiving a season over these last 3 years of his career. The impact of Brandin is going to be great for the Patriots and fans are going to be enjoying what he brings to the team all season long. Since they signed him for the Pats to add to get some great young talent, it is going to be a fun passing game to watch coming from New England, yet again, this season. We are going to see a whole nother level of explosive offense arrive, in a loud and destructive way. Even though 2017 hasn’t started off quite as the Pats had expected, Cooks has still found himself nestled in on the top on the team in passing targets so far.

Written by Mike Anthony for 10StarPicks.