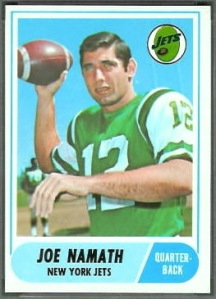 Winning the Super Bowl is the end goal of putting everything together as a team. A cohesive unit. A team built from top to bottom to create a legacy of winners and high standards for next generations to want to play for.

Too many times Super Bowl rings are automatically tossed as the final determination as for how good a QB was in their career. Is it a piece, of course it is. But let’s not forget that winning a title in the ultimate team sport, is exactly that, a team sport. Although winning the big game is always what every player wants, or certainly should want, some great QBs have not been able to get their teams to that level. Certainly not based on not being able to produce top quality games, or magnificent numbers in their careers. We will oftentimes look at great QBs like Dan Marino, Warren Moon and Dan Fouts and link them to never winning the bowl. Yet often times toss aside the fact that these great QBs also had some terrible defenses in their peak seasons.

That is no fault of the greatness of the QB, but again, but of the aptitude of the team game that is football. Many perceive the notion that in order to win a super bowl, you need a great QB, and that statement is just not true.

With that being said, there have also been some real duds at the helm who have been able to smile and hold the trophy over their heads, and lay claim to being winners. Some guys who, on the whole, really weren’t very good QBs.

These are your best of the worst Super Bowl winning QBs.

Brad Johnson threw for 166 TDs to 122 ints in his career. When he led the Bucs to the Bowl he was already 34 years old, and the majority of his career was long gone. Brad, at this point, was already logged as a mediocre QB. So he makes the list because he simply was not the “superstar” QB that you think of, when it comes to the principal QB who leads his team to the Bowl. His passing was very poor, at only 54% passing in the playoffs. His season was actually good, with 22 TDs to 6 picks. Brad played smart and he was experienced, he was the textbook fit for the Bucs that year. What is interesting, is Brad Johnson actually only had 4 losing seasons in his career as a starting QB, he was either efficient, or very lucky throughout his career.

In the 2002 Super Bowl, his Bucs applied a 48-21 beating to the Raiders, based on their Oline holding up and keeping him clean, as he took no sacks, he played well enough, 215 YDs and 2 TDs, but the real offensive weapon was RB Michael Pittman, who destroyed the black hole defense with 29 carries for 124 YDs. And the fact that the Raiders 37 year old “super season” QB Rich Gannon, came back to reality and tossed 5 picks after a fantastic regular season.

A career 58% passer, launching only 100 TDs to 90 ints in his odd career. Jim never threw for more than 2400 yds in a season. Certainly nothing to be honored of, although a different time for football, that was still pretty low ended for a QB. And in the 1985 championship season, he threw a pitiful 15 TDs and 11 picks. #9 was cocky, brash, loud and at many times very unlikeable, based strongly on the fact he was like the kid brother who puffed his chest out, knowing his big brother was there at all times to slap down the others who get in his way. That big brother was the Bears Defense.

In the 1985 Super Bowl , the Bears crushed the Patriots, allowing only 7 yards on the ground, 7 bone jarring sacks, and a 1 YD TD run by their DT “the Fridge” William Perry. It was a circus sideshow, for as bad as this game was. Jim did run in 2 TDs in the game, giving him bragging rights to at least putting up points on the board for the Bears in this game. Although with a defense that played as poor as the Pats, it wouldn’t take much.

The ’85 Bears are arguably the best and most dominate defense the NFL has ever seen, even to this day. They kept teams stifled and stuck in mud every single week. For a substandard QB like McMahon, it wasn’t that impressive, him “leading” them to the championship.

With only 94 TDs in his career, and 71 ints, “Hoss” was far from a great QB in history. Completing only 58% of his passes, he got his Super Bowl win though, which puts him on this list. He was one of the original “game managers.” He won his ring in 1990, but his legacy really is based off a Scott Norwood yard FG miss. Let’s be honest, his season was a fortunate disaster, he threw only 3 TD passes as a replacement for the team’s other game manger, Phil Simms (who could be argued as one of the other worst to win it.) In the big game, Jeff threw for 222 yards and 1 TD in his 1990 Super Bowl win, but he was held together during his astounding playoff run by a NYG defense, that gave up only 13 ppg during the season. As they were anchored by Lawrence Taylor, Everson Walls, and Pepper Johnson.

Ahhhhh, good ‘Ol Trent, you were wondering where he would end up, weren’t you? 58-55 as a starting QB in his career, 113 TDs and a weighty 129 ints, with a rotten 55% career passing completion rate, he has earned his ranking.

In 2000, with Baltimore, he was an atrocious 48% passer in 4 playoff games. Those numbers would have him as a 3rd stringer on most teams. But, what he didn’t do, was turn the ball over, with only 1 pick thrown. He kept the aerial game conservative, with a measly 148 ypg in the air. But, even through this, they pummeled the NYG 34-7 in his big game victory.

A team that won based not off of Trent, but behind a huge kickoff return and a huge interception return. NYG QB, Kerry Collins threw 4 picks, was buried 4 times and fumbled the ball; he didn’t help the Giants in their mission by any means. Collins had one of the worst games a QB could have in a game, let alone in the biggest game of their career.

A guy I think can sometimes get forgotten about, for just how lousy a QB he really was. He was a 49% passer for his career, with 100 TD to 93 int. He had a team record of 38-42-1 as starting QB, and he never had a season with more than 20 TDs thrown. These are disgraceful numbers.

In 1987 when the Skins won it, Doug played the best game of his career, throwing for 340 and 4 TDs in the championship game vs a team that hadn’t allowed that many passing yards to any of its opponents during the season. Honestly, he played exceedingly lucky. That is why they say “any given Sunday.”

Joe was far worse than an average QB. He tossed 173 TDs and a disastrous 220 ints. He “led” his teams to a 48% winning percentage, with a 62-63-4 record. Joe was one of the most overrated players in history. And quite honestly, doesn’t even belong in the HoF. He made the guarantee, which was obscenely brash for a QB like Joe, to make.

The Jets beat the Baltimore Colts, 16-7, and Namath was again, terrible, as he was good for only 206 yds of offense. The NYJ won based on their FG kicker, and a 30 carry 121 yd TD scoring game by their running back, Matt Snell. His longest run was for only 12 yds, they ran and ran and ran. Joe was far from the reason for their Super Bowl win.

It was known as the underdog victory, as the Colts were 18 point favorites, and maybe arrogance caught up with them, who knows, but turning the ball over 5 times, didn’t help their case.

All in all, these guys were all privileged to have played in the great sport of football at the highest level possible. But, in reality, they really weren’t that good, yet they will get to always hang onto the brief and cherished moment of their lives, when they were not an essential part and were minuscule members of an organized unit. But they were still able to hang that banner in the rafters and say….”we were the best.”

Written by Mike Anthony of VegasTopDogs.com