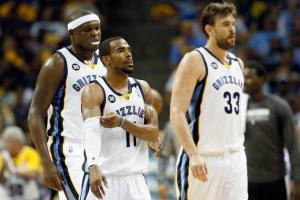 The 2015-16 NBA season tips off on right around the corner on Tuesday October 27th.

Below are a couple of NBA teams we expect a big improvement from.

New coach Scott Skiles has a tremendous track record of turning around teams having done it with the Suns, Bulls and Bucks. The Magic have been stockpiling young talent for a couple of years and now it’s ready to pay off.

The Magic’s win total is lower than it should be because they are under-the-radar right now especially in the backcourt with Elfrid Payton and Victor Oladipo and at small forward with Tobias Harris.

Nikola Vucevic may be the most underrated big man in the league. He produced a double/doubles in 73 of the 74 games he played last season. It’s an added bonus if Aaron Gordon comes through at power forward after missing the last 34 games of his rookie season last year with a broken foot.

Oladipo, Harris, Payton and Gordon are all ascending players. It’s a huge help, too, that the Magic play in the much weaker Eastern Conference.

Achieving more than 50 victories never is an easy task in the ultra-competitive Western Conference.

The Grizzlies have been very reliable, but their rugged big men have some wear and tear and are another year older.

Memphis lacks a perimeter game especially from beyond the arc. This weakness is magnified more in today’s NBA.

The Grizzlies also didn’t add anyone of significance during the off-season, while some of their competition improved.

Written by Stephen Nover of 10StarPicks.com