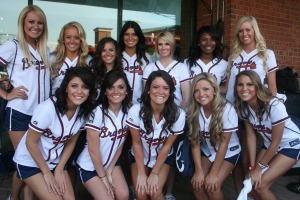 The Atlanta Braves are two years from opening a new stadium just outside the Atlanta city limits in beautiful Cobb County. It was obvious with a new GM at the helm, the time was now to cut payroll expense while retooling the farm system getting the Atlanta Braves back to their blue print form of strong pitching with situational hitting. The Atlanta formula of young pitching talent has had proven success which captured Number 1 ranking among the National League East year after year over the last 25 years.

When the Braves traded Jason Heyward for Shelby Miller in the winter of 2014, it was clear that Atlanta was looking to bypass the free agency fiasco while adding young pitching talent. A month later the Bravos signed Nick Markakis to a 4 year deal quickly replacing the void left in right field by Heyward. Shortly after you had trades of Justin Upton for young talent such as Jace Petersen.

Then the new GM John Hart who said the Atlanta braves would build the team around Freeman and Kimbrel, did the unthinkable by trading baseball’s number 1 closer in effort to shed the poor contract of Melvin Upton, while acquiring more young talent to build a weakened minor league system. After 2015 comes to an end Atlanta would have cleared the horrendous salaries of Dan Uggla and BJ “Melvin” Upton. With all of the changes that have taken place for the A town’s MLB team, the batting lineup and pitching rotation are stronger than that of 2014. At this point John Hart along with the mentor-ship of John Schierholtz, have an A+ in the school of MLB executive execution.

Written by Bill OBrien of 10StarPicks.