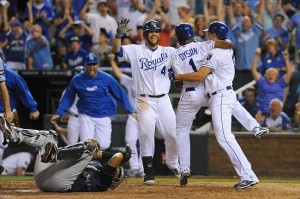 As of mid May the Tigers and Royals are neck and neck at the top of the AL Central, but the surprising Minnesota Twins have closed the gap, sitting just two games back of leaders Kansas City. I still think you have to look at this like a “two horse race”, and at this point I would give the edge to the Royals, based on more consistent play, superior defense and the best bullpen in baseball.

Bet365 Sportsbook has both teams priced at +120 to win the division crown, and the Twins are still getting a generous 14-1 price. If you like Minnesota then you better jump quick, as surely those odds are going to be adjusted, and probably should have been already. The White Sox looked like they had a chance to be a contender when they signed a few big names this off-season, but it’s hard to believe in them the way they’ve played so far. Chicago is still in striking distance though at 5.5 games back, and the payout of 10-1 might attract some interest.

Cleveland looks like a lost cause, sitting dead last, eight games behind the Royals. Their ace failed to pick up a victory in his first seven starts of the season, and despite how good he looked in his last start, his ERA is still and unsightly 4.27 with a record of 1-5. Cleveland is currently paying out at 12-1, but I wouldn’t suggest wasting your money.

As I said, I think this is a two horse race, and I think the Royals are built to last, while the Tigers are just one or two injuries away from disaster.