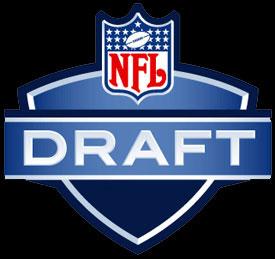 As the excitement builds for this years NFL draft, we all watch our teams and await to see who will be donning the team colors of our teams. The draft this year will be held on Thursday April 30th in primetime. The official NFL schedule will be announced 8pm EST on Tuesday April 21st.  Which teams will get the easy and which will get the toughest schedules this season.

The draft is held in the legendary city of Chicago, this year, the countdown is on. We are going to take a good look at the VTD predictions for this years 2015 NFL draft as to who your team will, or should, be taking. Below is a mock draft of the 1st round and who we believe each team might select.
1 Tampa Bay – Jameis Winston, QB, Florida State
2 Tennessee – Leonard Williams, DT, USC
3 Jacksonville – Randy Gregory, LB, Nebraska
4 Oakland – Kevin White, WR, West Virginia
5 Washington – Dante Fowler Jr., DE, Florida
6 New York Jets – Brandon Scherff, OT, Iowa
7 Chicago – Shane Ray, DE, Missouri
8 Atlanta – Danny Shelton, DT, Washington
9 New York Giants – Vic Beasley, LB, Clemson
10 St. Louis – Andrus Peat, OT, Stanford

<p>
It should be fun off-season fun, that we, as avid football fans to look over hope and pray that your teams get who you want. And of course, even more importantly, who succeeds for them. This is something that we all look forward to, but those in particular, whose teams didn’t get into the playoffs last year. There have been plenty of trades and free agent signings so far.  This is a huge moment to see if we draft the next big thing to our roster. Once all is said and done, again, we will all speculate, as to who will likely be the immediate impact players, who will thrive. And of course, who will burn out and fade away as busts.
<p>
Let’s hope it’s not your team.
<p>

Written by Tony Karpinski of 10StarPicks.com